Study medicine in the United States 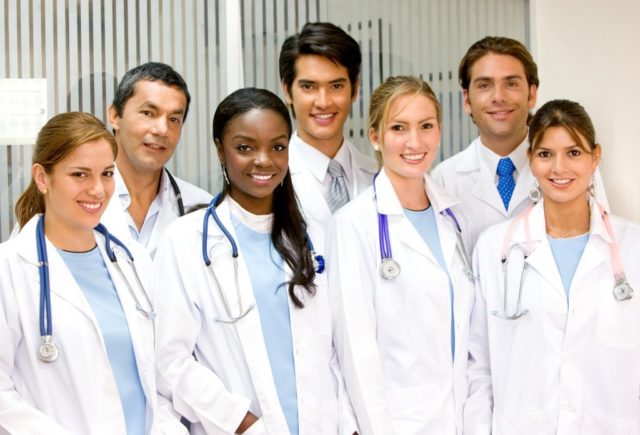 Studying medicine in the United States is a dream for many Latin Americans. The main reasons why many choose this career are the altruistic, humanitarian and social vocation type. In short, medicine is a beautiful and well-regarded career. In the United States, medical studies are very different from those carried out in the United Kingdom, for example, and the admission of foreign students is very competitive.

Medical studies in the US generally begin after the completion of four years of undergraduate study (Bachelor's Degree) that include pre-medicine subjects such as Advanced Biology courses. The theoretical studies of General Medicine last from four to five years, then a period of medical residency or internship in hospitals begins, which lasts approximately two additional years, during which the graduated students with Ph.D. they put their knowledge into practice under the supervision of professional doctors. Students are provisionally admitted to these residency programs according to letters of recommendation provided by their university. If their performance is satisfactory, then they get the M.D.

Although the admission of foreign students to US university institutions offering degrees in Medicine is very competitive, and it is very difficult for them to obtain M.D., it is not impossible. The reality is that medical schools in the United States receive twice as many applications from qualified state citizens as they can admit and accommodate.

On the one hand, some institutions have been forced to create internal laws to not allow the admission of foreigners unless they are outstanding and exceptional cases. Many institutions, on the other hand, require admitted foreign students to repeat the last two years of undergraduate studies at a US university. A few institutions demand the repetition of the Bachelor's Degree in the United States. Even with accredited degrees in the country, medical schools tend to admit few foreign students due to limited space and accommodation. Each year, of approximately 35,000 new admissions to medical studies, only about 250 are from foreign students.

Bachelor's Degree in Biology or Natural Sciences with emphasis in Pre-Medicine
Sending letters of recommendation from the Dean of the Faculty and professors.

The MCAT is an entrance examination that all American medical schools require. This test examines the understanding of the basic concepts of Biology, Physical Chemistry as well as the oral, writing and reasoning skills of the applicants. The MCAT is taken at least eighteen months in advance of the pre-registration process. Applicants in overseas states or foreign countries must register two months before the test on the day the test is offered.