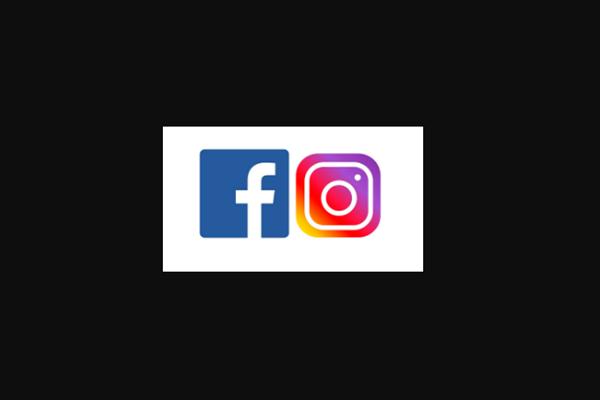 This weekend, Mark Zuckerberg's company deactivated messages on its two most popular platforms, which sparked a great debate: who decides what we can say on social networks?

This is Censorship on Instagram and Facebook and users are outraged from various parts of the planet.

It all started with the deactivation of the accounts of Charlie Hebdo journalists who had reproduced the covers of the magazine that showed cartoons of Muhammad, something that was prohibited by the Islamic religion. At the same time, Facebook prevented access to the direct of the end of life of an incurable patient who demands a “dignified death”. On what are these controversial decisions based and how are they made? Users need to know and we need certainty as well as security.

First, Instagram's decision took place at a symbolic moment for said French magazine. It was in the week that the trial for the terrorist attack against the newsroom began, a fact that led the two journalists in question to reissue the cover for which he was targeted by the jihadists in 2015.

The decision caused a wave of protests, which led French Culture Minister Roselyne Bachelot to recall that in her country "the right to blasphemy cannot be reduced." Soon after, Instagram reversed the action.

“These accounts were deleted by mistake. We have reestablished them as soon as we know it, and we have apologized ”, excused Mélanie Agazzome, communication director of Instagram for France and southern Europe.

Why had the cover of Charlie Hebdo been censored on Instagram, while in French newsstands and on the web it can be seen without problem within the framework of the law?

It happens that for an account to be deactivated in the social network, it is enough that it be indicated. "It is possible that massive complaints on the cover have led to the automatic suspension of Instagram accounts," said cartoonist Coco on Twitter.

“The blocking or deletion of an account only happens after complaints. As an extreme precaution and security measure, after a massive report, we promptly delete the account because we believe there is a danger. Sometimes this can lead to mistakes. We are still human, and artificial intelligence also has its limits, "Instagram representatives recently explained to Les Inrocks magazine about decisions of this nature.

The same weekend, Facebook (owner of Instagram) also incurred another block in France. This time it put an end to the dissemination of the announced death of Alain Cocq, a 57-year-old man suffering from a long incurable illness and who unsuccessfully claims a “dignified” end of life (euthanasia is prohibited in France). On Friday night, he made it known that he was ceasing any treatment and allowed himself to die live on Facebook. However, Mark Zuckerberg's company announced that it was blocking the broadcast of the video.
"While we respect his decision to seek to draw attention to this complex issue, based on expert advice we have taken steps to prevent live broadcasting on Alain's account, as our rules do not allow showing suicide attempts," said a spokesperson for the Facebook Social Network.
"In order to promote the safe environment on Facebook, we suppress any content that encourages suicide or self-mutilation, including some explicit images (...) that according to experts could incite certain people to adopt similar behavior," he warns the network in its rules, which apply to 1.8 billion users.

From neutrality to editorial responsibility

For Facebook, the balance is difficult. While Twitter has implemented since May a policy of restrictions on access to content, even hiding messages from the president of the United States himself, Zuckerberg is questioned for his laxity towards intolerance. This led to the social network facing an advertising boycott from hundreds of companies that accuse it of not doing enough against racism on the platform.
What these cases reveal is that the old pretense of social networks to be mere neutral platforms has been left behind, like a telephone line that is only responsible for putting users in contact. The publication regulations and their editorial decisions have in fact transformed them into means of communication with the responsibilities that it entails. Widely inspired by the legislation and the state of the debate of ideas in the United States, the regulations of these networks begin to apply to the rest of the world, beyond the local Justice. This is what happened this weekend with the cover of Charlie Hebdo.
In a West where opinion is increasingly polarized, the debate about what to say and what to show is being left in the hands of the business directory, increasingly called upon to resolve issues that, until now, were in the hands of governments. This delegation of power, especially in monopoly situations in which the internet giants find themselves, poses a democratic challenge of which only the edges are beginning to be seen.
Tags Facebook, Google, Instagram, Mark Zuckerberg, News, Social Network, Social Networks, Technology
Newer Post Older Post Home