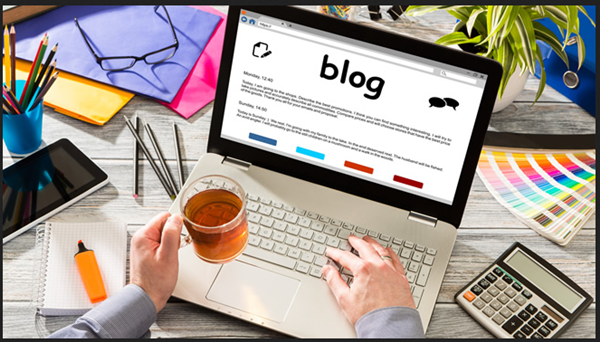 Below we will offer you a list of the 5 most powerful, most read and greatest blogs in the world.
The technology industry has grown a lot in recent years and along with it, technology-related media content as well; In addition to that, blogs have become increasingly popular. To give a little context, a blog comes from the union of “web log” and basically, it is an informative or discussion site that can be edited by one or several people.

There are powerful blogs that make millions of dollars a year and it is curious to note that many of them are related to technology (or at least they have a section that deals with that topic). Here we leave you a list with 5 of the blogs that have been most successful worldwide and in case you are interested in opening one or simply knowing more about the subject, we will explain a little the media and design advantages that each one takes advantage of to function as well.
1 - THE HUFFINGTON POST: It was founded in 2005, has its origin in the United States and covers various topics ranging from politics and business to technology and entertainment. A year after it appeared, a bank invested billions of pesos in the blog and later AOL bought it for $ 315 million.

The Huffington Post has a very simple design that makes it easy to explore and understand with two basic colors: green and white. Headliners are big with a clear emphasis on image rather than text (to appeal to the reader) and overall, the format is centered, which helps a lot to the eye. The Huffington Post has versions in different languages ​​and based in different countries that are the United States, Canada, Germany, Spain, France, Italy, Japan, Maghreb and England. This makes its worldwide exposure much greater than that of a blog that applies to a single region.
2 - TECHCRUNCH: It is one of the examples of a technology blog that is so successful that it is among the most powerful in the world. This blog was founded in 2005 by Michael Arrington and the great advantage is that it has an affiliation with other sites. Like The Huffington Post, TechCrunch was recently purchased by AOL.

In addition to its huge funding from AOL, TechCrunch has other advantages. Also like The Huffington Post, it uses white and green as its basic colors. Although here the site is not centered and the text sometimes becomes more relevant than the images, what is interesting about the current TechCrunch design is that the titles and headliners are still the most relevant (you will notice that this is a constant in most of the blogs that read if not at all) and that in the upper left, there are four categories (News, TCTV, Events and Crunch Base) from which it is very easy to navigate to any other without the need to do “Scroll” to the bottom of the page or have loads of categories that are confusing to the eye.
3 - GAWKER: It is based in New York and was founded in 2003. This blog deals mostly with general media and celebrity issues, but not surprisingly in the digital age, it constantly posts articles on technology related topics. Gawker has powerful investors behind it and is one of the most powerful blogs in the world.

In its current design, Gawker has a lot of text on the front page, and that could be a problem, as that distracts the reader. The advantage that Gawker has over other blogs (an advantage that is also clearly taken advantage of by Kotaku) is that many of its main images are in formats that give them movement, such as GIF. This makes a walk through the blog much less dense. When working with such a model you have to be careful, because if there are too many GIFs, for example, the site can load slower and also so much movement can distract the reader.
4 - LIFEHACKER: It belongs to Gawker Media and in general, it is a blog that gives advice on how to do basic things in life without causing disasters; many of these suggestions are related to technology. LifeHacker has an excellent advertising contract with Sony, in addition to that it usually makes very convenient deals with different advertisers and that ensures millions of dollars a year. LifeHacker has a design very similar to that of Gawker, but like more specialized sites, it uses two basic colors and relies more on the visual (images) to draw the reader's attention. The illustrations of each post in LifeHacker are very interesting and descriptive of the title, so the set of these two elements works very well.
5 - MASHABLE: is a news blog with a daily updated tech section. This site was founded by Pete Cashmore in 2005 and was purchased by CNN for $ 200 million over five years after it was launched. Mashable's current design is very well accomplished because it takes advantage of many of the elements outlined on previous blogs: two basic colors, emphasis on titles and images to grab the reader's attention, and a simple to understand navigation / category bar in the upper part
Information: unocero.com
Tags Entertainment, Google, Social Network, Telecommunications
Newer Post Older Post Home