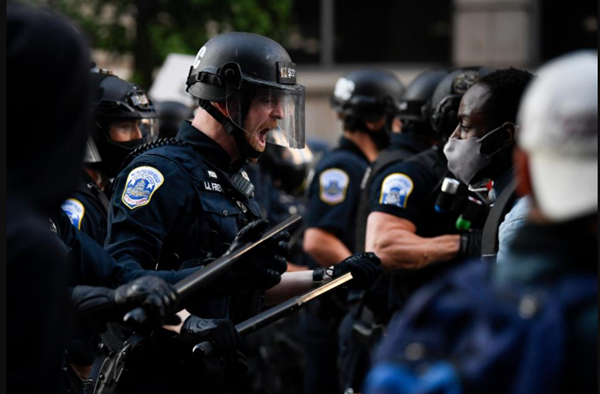 Tim Walz, governor of Minnesota, will enact a law in the coming days that includes a prohibition on applying force to the neck of a detainee, as happened in the well-known case of George Floyd before his death in Minneapolis at the end of May.
In this case, the law was approved by the legislature days ago and also prohibits strangulation shots and so-called warrior training, which according to its detractors promotes the excessive use of force. This forces officers to intervene when they see a colleague apply excessive force.
This new law includes the modification of norms on the use of force to emphasize that life is sacred and the arbitration rules that affect police unions.
On the other hand, agent training will be held to deal with people with mental disorders or autism. A state board advisory council will also be created that licenses police officers.
This project was approved after almost two months of negotiations. It began to gather strength from Floyd's death on May 25, 2020 and the massive, worldwide protests against police brutality and racism.
The memory of Floyd, a black man who was thrown face down on the ground although he was handcuffed and three officers held him in that position. One of them, a white man, squeezed his neck with his knee for almost eight minutes, causing suffocation and subsequent death.
Tags News, United States news
Newer Post Older Post Home