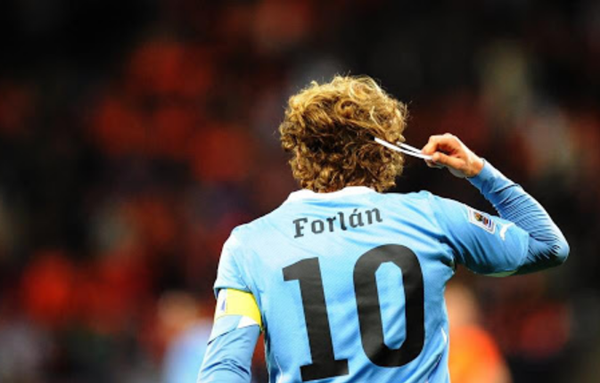 Former soccer player Diego Forlan, current soccer coach of Peñarol of Montevideo, recognized that his dream from now on is to be able to lead the Uruguayan Soccer Team.
The Uruguayan recognized that he found Peñarol much better than when he played at the club, he pointed out that "there are always problems, as in life", but he also perceived a positive change in the Peñarol 2020 compared to 2015, when he had to arrive as a player. “I found it much better than when I played. He is much more professional, working well and listening to people who understand the subject, which is important. He lets himself act and do things as it should be in a club of the magnitude of Peñarol ”, he declared.
The 10 continues to give interviews to national and international networks, in which he is in charge of rating Óscar Washington Tabárez (current DT Charrúa) with “a good nine” as a coach on a scale of one to 10 and in this way he pointed out that in A future would like to occupy his position in the Uruguayan team, but time to time. “It is a longing, like when you start playing soccer. It would be nice to lead the team but there is a long and difficult stretch. I'm just starting up. Five games passed and the pandemic came, and now it's like starting over. As a dream, yes. I dream of managing the national team as I dreamed of playing when it was my turn, ”he insisted.
Tags Diego Forlan, Football, Forlan, Soccer, Sports
Newer Post Older Post Home