Home » China , News , United States news » China and the United States will continue in conflict after Trump leaves the presidency 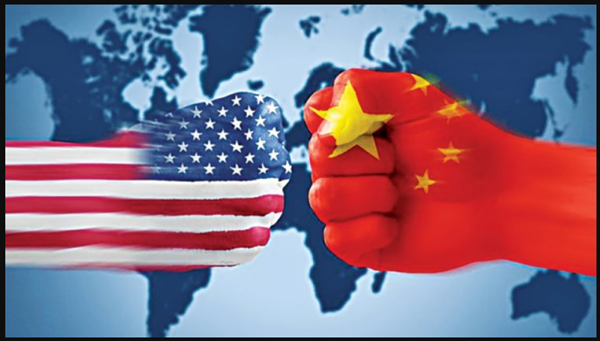 Experts say Trump's war with China will outlive him. It is also recognized that both Beijing and Washington have made miscalculations about their real forces and this represents more problems.
Donald Trump started the trade war with China, but the global fight between Washington and Beijing will outlive him. That is one of the main conclusions of the Superpower Showdown, edited by Harper Business. The book reminds readers that America's anger at the People's Republic precedes the current occupant of the White House. Much of the very public dispute over tariffs is familiar. But miscalculations on both sides are a warning to future politicians.
The authors, Bob Davis and Lingling Wei, wrote some of the best real-time reporting on trade battles for the WSJ. That makes it more difficult for them to break new ground because of Trump's tariffs against Chinese President Xi Jinping. The former reality TV star also commented on the ups and downs of the conversations on Twitter.
Still, the book provides some insights on negotiating tactics. At one point, the US trade representative, Robert Lighthizer, quoted Confucius to indicate that the US would only be satisfied when China's actions coincided with his words. Xi also asked Japanese Prime Minister Shinzo Abe about his golf games with Trump, which helped the two leaders develop a relationship.
The review of the global economic forces that operated in the two countries before Trump's election are also illuminating. Bill Clinton flirted harshly with China when he entered the White House in 1993. The 1989 Tiananmen Square crackdown was still fresh, and the new president wanted to link US economic policy to Beijing's human rights record. This affected the potential renewal of China's commercial status as a "most-favored nation" in 1994.
The pressure of American corporations to include China in the global economy got away with it, as it did in the following years. Boeing was one of the leading cheerleaders, sponsoring advertisements linking the success of the US business in China with the improvement of human rights. The aerospace giant also suggested that airplane sales worth about $ 5 billion would be jeopardized if China's trade situation was explicitly linked to improvements in human rights.
Boeing and a retinue of American companies, such as AT&T and General Electric, later played a role in helping China formally join the World Trade Organization in 2001. While large companies were eager to access the Chinese market, small companies were devastated. .
The book focuses on various companies and workers affected. North Carolina-based Stuart Shoun was fired three times because of competition from Chinese furniture makers. One of the times he lost his job was after producing samples for Chinese suppliers to learn from. These forgotten workers would help propel Trump to victory in 2016.
Meanwhile, Chinese companies that had previously focused on the domestic market grew exponentially by exporting Guangrao, a farmer-inhabited eastern China county, to being designated a tire manufacturing center. Following China's accession to the WTO, exports to the US skyrocketed at the expense of its American rivals.
Xi's experience as provincial head of the Communist Party in that period, which taught him to adopt market economy policies while maintaining political control, is also instructive.
When the Chinese president confronted Trump, underlying tensions that had been festering over the years surfaced. However, Beijing did not notice the change in the US political landscape and relied on its old tactic of depending on American companies to come to its rescue. But big companies were increasingly angered by cyber thefts, forced technology transfers, and China's broken promises to open sectors like financial services. In 2008, 64% of members of the US Chamber of Commerce in China were optimistic about their prospects in the country two years ahead. By 2014 the percentage had been cut in half.
At the same time, the US authorities overestimated China's weakness. They thought Beijing would capitulate to the tariffs, instead of viewing the levies as another way to contain their economic ambitions. Trump could not understand why Xi did not immediately promise to spend tens of billions of dollars on US agricultural products to end the trade war. The two sides ended up reaching a partial agreement in January.
The forces unleashed in the trade war have emboldened hardliners in both countries, affecting other issues such as US restrictions on Huawei, the future of Hong Kong, and the sharing of blame for the Covid outbreak. 19. Similar miscalculations are also being made in these areas. And neither Trump nor Xi show signs of giving in.
American voters will decide in November whether Trump's anti-China speech is reason enough to re-elect him. However, regardless of the outcome, sentiment is deeply ingrained in both Republican and Democratic congressmen. Tariffs have become standardized weapons. This will continue to push Washington and Beijing toward the collision, regardless of who occupies the White House.
Tags China, News, United States news
Newer Post Older Post Home