Home » Argentina News , Economy » Argentina's economy moderated its year-on-year drop to 20.6% in May

Argentina's economy moderated its year-on-year drop to 20.6% in May 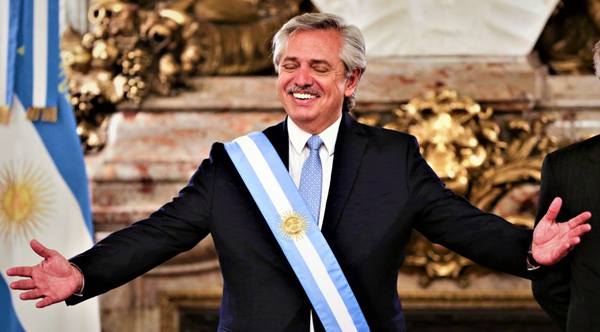 Economic activity in Argentina experienced a year-on-year drop of 20.6% last May, thus moderating the overwhelming level of collapse that it had registered in April due to the paralysis caused by the isolation measures adopted in the face of the coronavirus pandemic.
The data disclosed by the National Institute of Statistics and Censuses (Indec) and which serves as a provisional advance to measure the quarterly variation in gross domestic product (GDP) shows that economic activity managed to recover 10% in the fifth month of the year compared with April.
In the first five months of the year, the indicator accumulated a fall of 13.2%.
The data shows a slight moderation with respect to the year-on-year collapse levels of 26.3% in April, an unprecedented collapse in the South American country and that occurred due to the strong sanitary restrictions adopted by the Government of Alberto Fernández.
In May, however, some of the measures began to relax in some activities and regions of the country, which allowed a certain revival.
"Most of the country's districts applied a relaxation of certain restrictions on movement and trade and industrial openness during May, measures that certainly helped make the decline in activity more moderate than that observed in April, but economic activity She is still depressed, "consultant Orlando Ferreres & Asociados observed in a report.
In fact, with the year-on-year drop registered in May, economic activity accumulated ten months in decline in Argentina, after the slight advance of 0.4% verified in July 2019.

THE MOST AFFECTED SECTORS

The Indec report reveals that fourteen of the fifteen productive sectors included in the measurement showed year-on-year drops in the fifth month of the year.
According to the data released this Wednesday, the weight sectors that showed the greatest magnitudes of fall were construction (-62.2%), industry (-25.7%), commerce (-20.9%), mining (-20.3%) and agriculture (-10.7%).
The only sector that showed an improvement in year-on-year terms was fishing, with an increase of 61.5%.
Despite the general year-on-year drop, the official report highlights that in May twelve of the fifteen sectors measured managed to moderate their decline levels, "which partly reflects the recovery" compared to April due "fundamentally to a greater relaxation of restrictions to circulation, especially in the provinces least affected by COVID-19 ".

The Argentine economy has been in recession for two years, with a fall in GDP of 2.5% in 2018 and 2.2% in 2019, but the effects of the pandemic have deepened the collapse.
The experts that the Argentine Central Bank consults month by month for its expectations report predict that the economy of the South American country will collapse by 12%, overcoming the historic 10.9% collapse recorded in 2002.
Regarding the prospects, Orlando Ferreres points out in his report that the pandemic is "only the most urgent of the problems" that affect the Argentine economy and points out that, although the country overcomes the health crisis, "the weak state of the macroeconomy will attack against recovery efforts "of the activity.
"In effect, the acceleration of the primary deficit financed via issuance by the central bank, given the absence of other sources of financing, threatens an acceleration of inflation and greater pressure on the price of our currency," said the consultant.
To this is added, according to the firm, "a virtual paralysis in investment and a population with very low income levels, all of which leads us to anticipate a slow exit from the current recession."
Photo and data: EFE
Tags Argentina News, Economy
Newer Post Older Post Home